When the Pere Marquette Railway announced it would discontinue steamship service in favor of running railroad carferries, local shippers and travelers were confronted with the end of a service upon which they had relied for two decades. Learn how German immigrant Gus Kitzinger saw a need and filled it by starting a new shipping operation, which he called Pere Marquette Steamers, for name recognition, in a brilliant early “branding” campaign.  And try your hand at the wheel of Kitzinger’s steamship Nevada. 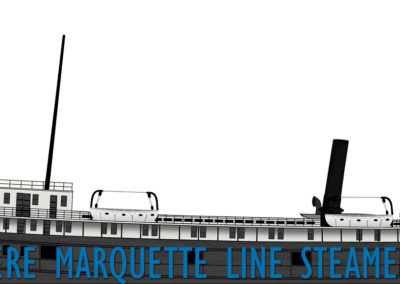 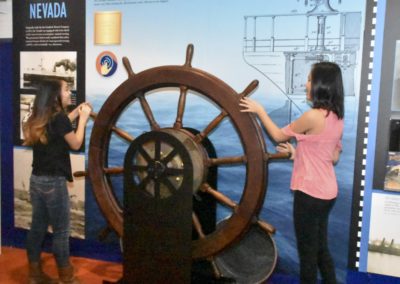