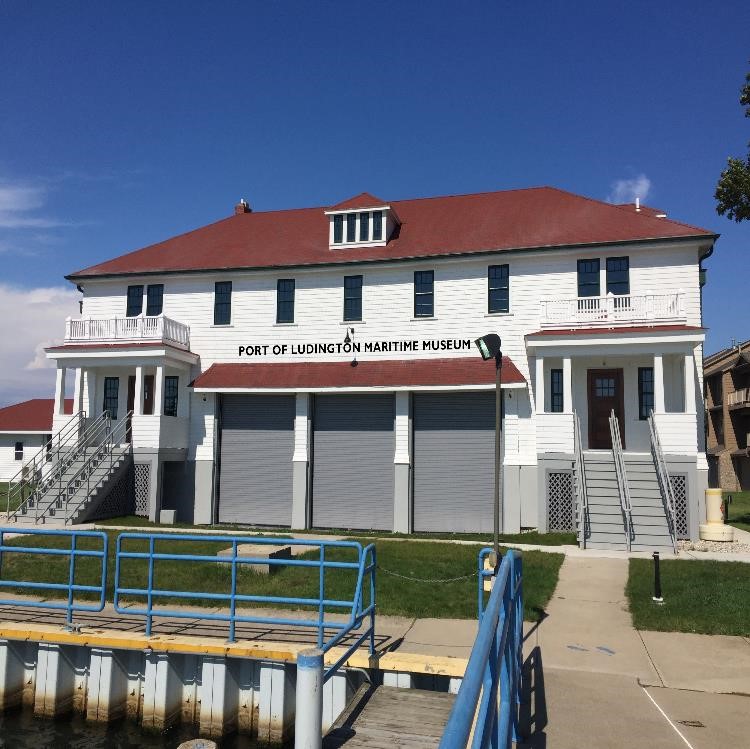 The Museum grew out of the Society’s mission to foster a deeper understanding of and appreciation for the history of Mason County, which abuts the shores of Pere Marquette Lake and Lake Michigan, providing a vast connection to the Midwest through the water-based highways of the Great Lakes.

Ludington’s maritime connection is responsible for its rise as an industrial mecca, first through the lumber, then salt industries, both dependent on the water to power operations and transports goods. Shipping advanced to carry those goods, followed by government Life-Savers to protect the individuals involved in shipping.  The maritime industry continued to grow with boat builders, fishermen, and sailors. By the turn of the century the Flint & Pere Marquette Railroad reached Ludington, and began transporting fully-loaded railroad cars across the lake on boats, called carferries, revolutionizing the rail industry by saving time and money and establishing Ludington’s significance as a commercial harbor.

Today Ludington’s economy is still driven by its maritime connection—its pristine beaches, waterfront state park, and lake teaming with fish—but its economy is now driven by tourism, not industry. And the Badger, the last operational carferry from the railroad’s fleet, serves as a reminder of that industry, but rather than loaded rail cars, it now carries vacationers and their automobiles.  And the Port of Ludington Maritime Museum interprets that long maritime history allowing its visitors to more fully engage in the present with a deeper understanding of the past.

More than ten years in the making, the museum began as a glimmer of an idea when the Coast Guard built its new station in 2004, decommissioned the 1934 station, and turned it over to the City of Ludington. The City then entrusted its care to the Mason County Historical Society. Hundreds of individuals and organizations contributed to this extraordinary campaign, supplementing grants from the State of Michigan Transportation Department and the National Maritime Heritage Grant. Professional teams of architects, engineers, contractors, exhibit designers, and technology developers renovated the building and designed the exhibits. Their sustainable designs earned the building a Silver LEED certification from the U.S. Green Building Council.

Support from members, friends, and donors will continue to allow the museum to grow and evolve with new exhibits, activities, and programming. If you would like to help support us, click the button below to be directed to the donation page!